The annulment of the Posting of Workers Directive is one of the seminal proposals of Nicolas Dupont-Aignan, candidate for the European elections. Problem: such a proposal is impossible without a withdrawal from the EU. EURACTIV France reports.
News

France is scrambling to push through controversial amendments to the posting of workers bill before a decisive decision next month.
News

Employment ministers from France, Luxembourg and Sweden yesterday (9 October) called for a political solution to European Court of Justice (ECJ) ruling that has inflamed debate on the balance between workers' rights and economic freedom in the EU.
News
Social Europe & Jobs 07-04-2008

A landmark ruling of the European Court of Justice (ECJ) outlawing minimum wage conditions in public tender contracts has been strongly criticised by trade unions, NGOs and politicians from across the political spectrum. The verdict could lead to the revision of an EU directive on the posting of workers abroad.
News
Social Europe & Jobs 27-02-2008

European Court of Justice rulings in the Laval and Viking cases represent a "danger" for social Europe and open the door to "wage dumping" in the EU, leftist members of Parliament said, while business representatives argued the judgements were crucial to preserving freedom of movement and establishment throughout the bloc.
News
Social Europe & Jobs 19-12-2007

The EU Court of Justice judgement in the landmark Laval case has upset trade unions, who argue that the ruling questions collective bargaining agreements. Trade unionists and politicians say the ruling opens the door to "wage dumping" in the EU.
News 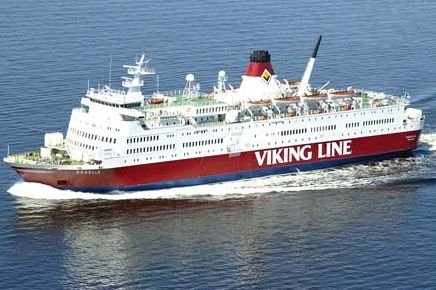 The right of trade unions to take collective action may be limited by employers' right to freedom of establishment, the European Court of Justice has ruled in the landmark Viking case.
News
Social Europe & Jobs 14-06-2007

Proposals to loosen what the Commission describes as "excessive national control measures" on the posting of workers abroad are being acclaimed by business organisations and criticised by trade unions.
News
Social Europe & Jobs 24-05-2007

Court to back trade-unions’ rights

Business associations and MEPs across the bench have welcomed the Parliament's decision not to ask for any major changes to the Posting of Workers Directive.
News
Social Europe & Jobs 15-09-2006

The Posting of Workers Directive, which was adopted in 1996 to ensure a level playing field for workers sent by their companies to a different EU country, does not function properly, say MEPs.
RSS - worker posting