Croatia's President Zoran Milanovic walked away from a state wreath-laying ceremony on Friday (1 May) in protest at a Nazi-era slogan worn by one of the participants, exposing once again deep divisions in the EU's newest member.
News 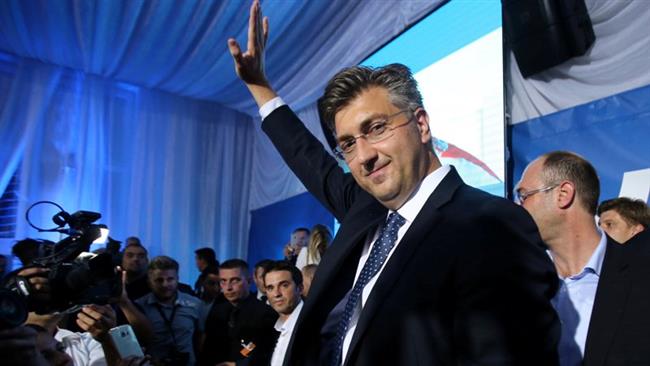 Croatia's main conservative party looked set for victory after Sunday's (11 September) snap election, according to preliminary results, but will likely be forced into another coalition - furthering political uncertainty in the EU's newest member.
News
Enlargement 09-09-2016

Croatia votes on Sunday (September 11) in an early election that seems likely to prolong political uncertainty in the EU's newest member, at a time of strained ties between Balkan neighbours.
News

Croatia's main opposition party, the Social Democrats, sought on Wednesday (18 May) a confidence vote against powerful Deputy Prime Minister Tomislav Karamarko over an alleged conflict of interest, as a national watchdog opened a probe into the affair.
News

Croatia's conservative opposition won the country's first election since it joined the European Union in 2013, partial results from Sunday's election showed, but its narrow victory meant lengthy coalition talks were likely to follow in the next days or weeks.
News

Croatia has used its resource in the European Parliament to impose on candidate country Serbia, in order to change its law on war crime trials. EURACTIV Serbia reports.
RSS - Zoran Milanović